Kate Murphy, a regular contributor to NYTimes on social-cultural matters, started phone interview with me by saying she was stunned to learn at 83% of people would rather, give themselves shock than spend time in quiet self-reflection. What is she asked, and I was glad we could talk about the deep anxieties people experience today that are both generated, and covered up by speedy pace that eliminates any possibility of self-reflection.

SPEED – always going faster and faster — lets you falsely believe are seeking the American dream of success, that you can have it all, and there will no costs. Just keep going. Don’t stop to think, don’t question. You’ll be left behind if you pause a moment for self-reflection. There’s the cost!

I talked with her about addiction as three-pronged necklace: out-of-control behavior, constricted or wild emotions and distorted thinking. The thinking tells us that action, which leads to nation of impulse-dominated people, behaving like four-year olds on play ground.

One of the key mantras I restate the book is: Pause, Ask yourself “what am I doing?” Take a breath. Reflect. Without at working capacity and value, of self-reflection truly abdicate self responsibility. 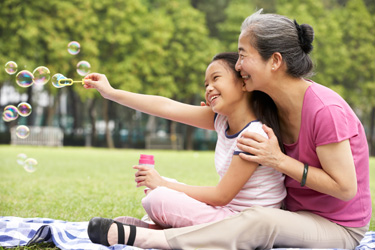 Recently, I had the wonderful opportunity to speak with a group of grandmothers who, organized as the GaGa Sisterhood, meet to share their experiences and offer each other support and suggestions for the joys and challenges of grand parenting.

I talked about SPEED – what it is, how I came to recognize the fast pace of life as a cultural addiction, and the impact on children, both growing up and grown.  These women already “get it.” They quickly jumped in with stories of pain – their own children’s frantic lives and ruptured relationships with their spouses and partners, the frenzy of their grandchildren who cannot relax or engage in interactive play and conversations. These grandmothers also spoke about the “old-fashioned” norms – the value and necessity of human engagement, live interactions and verbal conversations — they still carry and are trying to instill and preserve for their families.

It was a gratifying validation for me of the importance of dialogue, a back and forth building and deepening of relationship, that we are losing with our rush to “connect” instantly and robotically through pushing buttons.

Thank you to the worried and inspiring grandmothers who are making such a positive impact with their grand children, one-child-at-a-time. 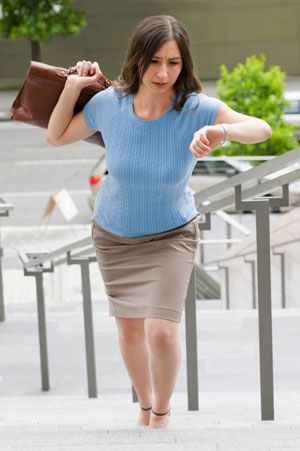 There has been a great deal of press about my new book SPEED since it launched in January.
I’ve been interviewed on radio programs and for print articles, with an overwhelmingly positive
response. Everybody is intrigued and there is a gamut of reaction. Some people identify
instantly and are motivated to take action right away. Others are interested and sense that I’m
“on to something” but are unsure about how to start. And others know that what I’m saying
about SPEED is true, but aren’t ready to or don’t think it’s possible to change. “This is life now,
and you’ve got to keep going.”

Here are a few examples of conversations I’ve had…

I was perched on the top of the jungle gym on a chilly Sunday afternoon in January. My
granddaughters were playing house with me as Katrina, a bouncy 5-year-old with a blond pony
tail, shimmied up the rope ladder to join us. “Will you come to my house and play with me?” she
asked. I told her that might be hard, but she could join us now. “What’s your name and how old
are you?” I asked as she helped us make imaginary tea. She proudly said “Five!” I noted that
she must be in kindergarten, and she nodded, and her face clouded up with a frown. “I like
school, but I don’t like so much homework. My teacher is always yelling at us to go faster and
faster and I can’t do it. School isn’t fun anymore.” Katrina’s parents were sitting on the sand box
looking down at their cell phones. They did not look up once during our play.

Another conversation I had was in mid-February. I answered my office phone to find Margaret
on the line. “I read the article in Spirit (the Southwest Airlines monthly magazine) while on a
flight, knew it was me, and instantly ordered the book SPEED. I want to do my Senior art
project on the reality of society being out of control that you have described. It’s everywhere. I’ll
be graduating from college in June and I have no idea what I’ll be doing. I just know that I live
out of control and so does my boyfriend. We need to slow down now, but we don’t see any way
that’s possible. My project will be exhibited in the campus art museum for two weeks in April. I’m
thinking I can illustrate the frenzy of SPEED and show something about slowing down.” We
talked for 30 minutes about her ideas and I wished her well. Then I marveled at how an idea can take hold in the culture, one person at a time.

Finally, there was the nursing assistant at a recent doctor’s appointment, happily telling me
she’d recently gotten married. “We had THE most wonderful wedding and reception – just
couldn’t have been more perfect – but the four hours went by so fast. Too fast. We gave our
families and guests the best entertainment – my husband sang, I danced and we had many
performances. It was great, but after it was over, we realized we hadn’t talked with anybody. We
missed it all in the excitement of putting on a show. It was over in a flash and we don’t have
memories of special conversations or feeling the happiness with all our friends and families. We
were anxious about the show.” She had no idea that I’d written a book about this very issue.
I invite you to share your own experience. People want to be part of a new conversation, so let’s
start sharing.

What makes speed an addiction? Lots of people nod when I say society has lost control in a way that looks, feels and sounds just like addiction. But what are they nodding at? Countless people want to slow down in every way, but they cannot, even when they vow they’re going to change. They want to set limits on their technology use, they vow to “cut back,” they promise to be more available and engaged with their families, but they do not change. This is addiction: you cannot go any faster, and you cannot slow down, even when you want to.

To be published January 7, 2014, by Berkley Books, an imprint of Penguin

I am happy to announce the upcoming publication of my new book about American culture addicted to speed, a faster and faster pace of life. We’re past the point of being able to sustain the frenzy that is rampaging out of control and causing immense personal damage in ways we’ve never imagined.

I’m a psychologist and a specialist in addiction and recovery, living and working in Silicon Valley during the entire last 30 years of wild technology innovation. More than 15 years ago, I began to notice that people all around me in this exciting cultural space were behaving and thinking just like addicts! What was happening? Since my own first glimmer of this cultural phenomenon – societies can become out of control exactly like all other addictions, — I’ve been watching, comparing and helping people in my practice learn to slow down. A speedy, fast pace of life is the core problem many are facing today. Trying to cope with the unforeseen downsides that result from this non-stop pursuit of FAST, and the frenzied pace of life that we now call normal, has become the cultural problem of the 21st century.

What is SPEED? Society has lost control. Many in the culture are living in a chaotic, frenzied downward spiral of a new addiction, chasing money, power, success and a wilder, faster pace of life. How can society be addicted, and what is the impact on all of us who must live and work in a culture that believes in the power and necessity of constant action and a faster and faster pace? We’ve got a big challenge to face: side-by-side with the great technological discoveries of the last 30 years, we’ve also lost our way, falling into addictive behaviors, emotions and thinking that are wreaking havoc with all that we know and value about healthy lifestyle. We’ve sacrificed our need for quiet time, self-reflection and the depth of relationship that really constitutes deep human connection.

I hope you’ll offer your own experiences with SPEED addiction and your own suggestions for change. I’ll be writing short blog posts about this addition with lots of examples. No one today is immune from the toxic effects of speed — women, men, couples, children, families and parents. What do we all do with a culture that’s pushing us too hard to go too fast, even as we love the technology and continue to use it?