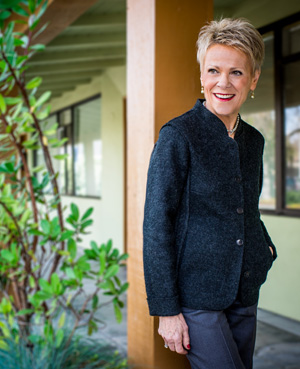 STEPHANIE BROWN, PhD, is a clinician, teacher, author, researcher and consultant in the field of addiction. She founded the Alcohol Clinic at Stanford University Medical Center in 1977 and served as its director for eight years, developing the dynamic model of alcoholism recovery and its application to the long-term treatment of all members of an alcoholic family. Dr. Brown served on the California State Alcoholism Advisory Board and was a founding member of the National Association for Children of Alcoholics, now National Association for Children of Addiction (NACoA).

She received the Bronze Key Award (1983) and the Humanitarian Award (1984) from the National Council on Alcoholism and the Community Service Award from the California Society for the Treatment of Alcoholism and other Drug Dependencies in 1986. In 1991 she received an Academic Specialist Award from the U.S.I.A. to teach in Poland. More recently, she received the Norman Zinberg Memorial Award from Harvard University (2000), the Clark Vincent Award from the California Association of Marriage and Family Therapists (2001), the Janet Geringer Woititz award from Health Communications, Inc. (2005) and the Miracles Breakfast Constellation Behavioral Health Hope Tribute Award (2013).

Dr. Brown is the author of: Treating the Alcoholic: A Developmental Model of Recovery (Wiley, 1985), Treating Adult Children of Alcoholics: A Developmental Perspective (Wiley, 1988), Adult Children of Alcoholics in Treatment (co-author, Health Communications, 1989) and Safe Passage: Recovery for Adult Children of Alcoholics (Wiley, 1992). She is the Editor of Treating Alcoholism (Jossey-Bass, 1995), and co-author of The Alcoholic Family in Recovery: A Developmental Model (Guilford, 1999), and The Family Recovery Guide (New Harbinger, 2000). She is co-editor of The Handbook of Addiction Treatment for Women (Jossey-Bass, 2002). Her highly regarded popular book, A Place Called Self: Women, Sobriety and Radical Transformation (Hazelden, 2004), was followed by a companion workbook in 2006. She also completed two training videos (Jaylen Productions, 1997), and a video, Stages of Family Recovery, with Hazelden in 2005. In January, 2014, her popular book about the fast pace of life in the culture — Speed: Facing Our Addiction to Fast and Faster and Overcoming Our Fear of Slowing Down, was launched by Berkley Books, an imprint of Penguin.

Dr. Brown was a Research Associate at the Mental Research Institute (MRI) in Palo Alto, where she co-directed The Family Recovery Research Project from 1990 to 2000. She was also Consulting Director for the Addictions Institute at Alliant International University in San Francisco until 2009. She lectures widely, maintains a private practice, and directs The Addictions Institute, an outpatient clinic, headquartered in Menlo Park, California.